The Whitney’s Programmed: Rules, Codes, and Choreographies in Art (1965–2018) exhibition establishes connections between works of art involving rules or instructions. Some of the works of art were created with computers and electronics; others were fabricated with non-technological tools like paper and ink. Some of the works blurred the distinction between the two. The exhibition as a whole attempts to place digital and new media art into a historical context that is linked to the works that don’t involve contemporary technology.

Casey Raes’ Structure 003 A (2004 and 2016) and Structure 003 B (2004 and 2016) are juxtaposed with Sol LeWitt’s work 4th Wall: 24 lines from the center, 12 lines from the midpoint of each of the sides, 12 lines from each corner (1976). Sol LeWitt’s work was rules based, with the art created from a set of instructions. The premise behind the work is that “the idea becomes the machine that makes the art.” Computer code is an algorithm that by definition is also a set of instructions. Casey Raes realized this and created a response to Sol LeWitt’s work, starting with a clear english description of the employed rules used to design the program’s algorithm and the resulting animation. Raes’ statement behind the work attempts to elevate the artistic significance of computer code to LeWitt’s machines that make art. Although I respect (and benefit from) Raes’ statement, I don’t think his work is as ground-breaking LeWitt’s. 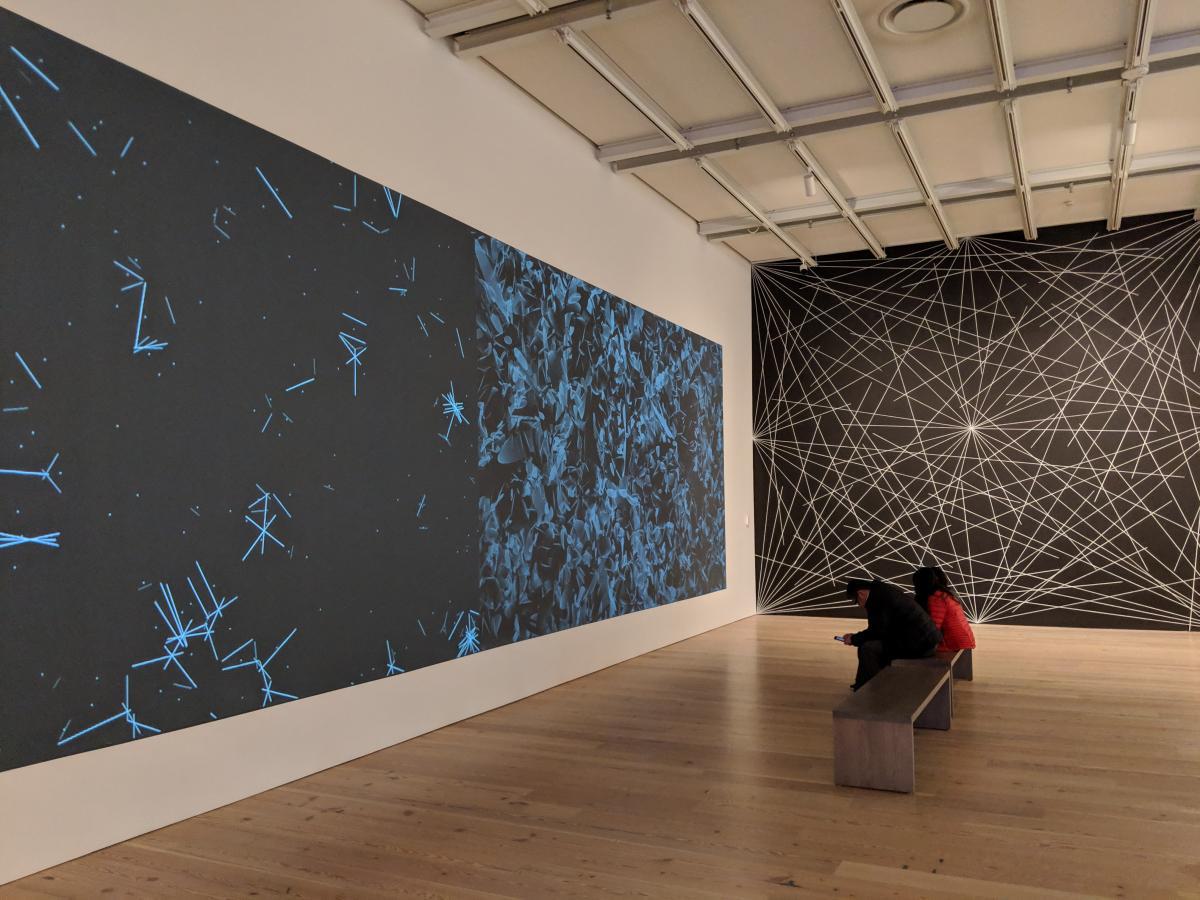 W Bradford Paley’s CodeProfiles (2002 and 2018) is contrasted with Joseph Kosuth’s Five Words in Green Neon (1965). Recognizing the relationship between the two works took a few moments for me to figure out. I began with CodeProfiles, and since I could read the computer code, I first read the code without looking at the work’s placard. I quickly realized the code I was reading was being executed on the screen in front of me and that the program was designed to analyze its own code. In the computer science world this is called reflection. Then I looked at Five Words in Green Neon and realized that it was also self-referencing. The Whitney curators put these two works together because they both refer back to themselves. Although it might have been a small thing I was both pleased and encouraged that I figured that out on my own. 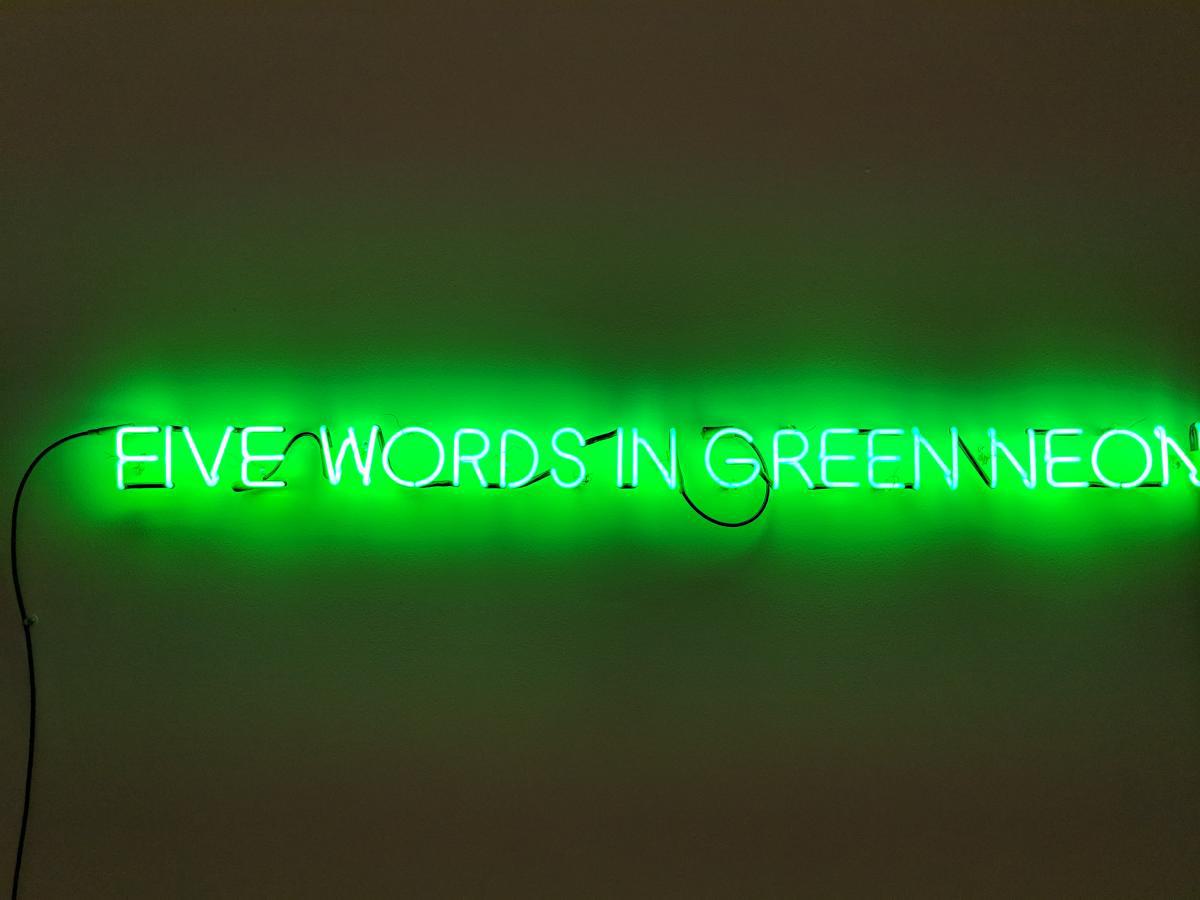 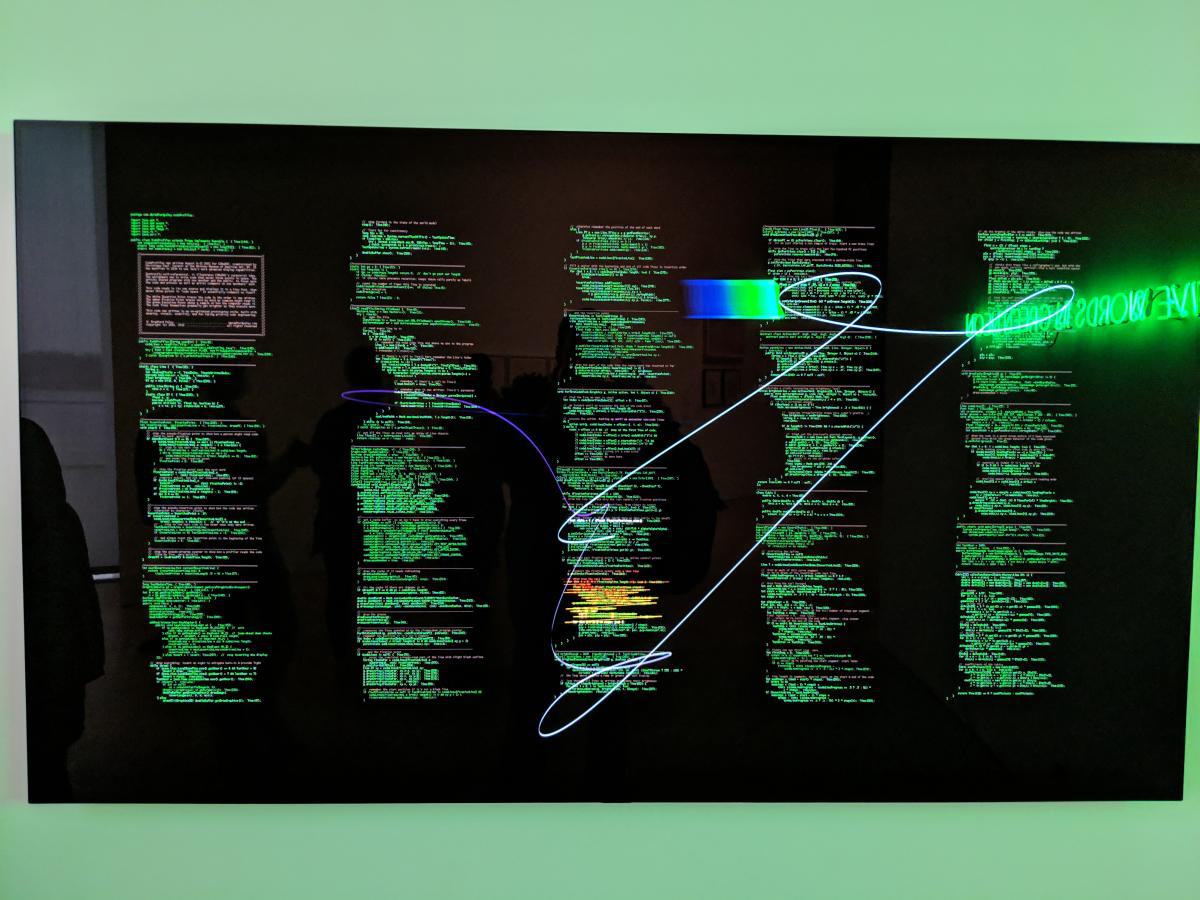 The work that meant the most to me is Nam June Paik’s Magnet TV. After researching 70’s video art last semester I can appreciate the significance of this and other similar works by Paik. Paik would experiment with televisions by tampering with their internal electronics and altering their normal function. One such device designed to do this is the Wobbulator, built with collaborator Shuya Abe. With both works Paik is challenges a relationship with television built around passive consumption of broadcast programming and encourages us to see the device as something that can be modified and controlled.

The exhibition was thought provoking to me as someone who aspires to create art with new technologies. All of the digital and new media art on display had depth and meaning that extended beyond their own technological sophistication. This depth and meaning was comparable to other works of art that are not characterized as digital and new media. It is important for me to remember that technological sophistication by itself will not produce meaningful works of art.