Anthony McCall (b: 1946) is a British born artist based in New York City. He is well known for his solid light installations that challenge the traditional model of films by bringing attention to the light and projector by discarding any kind of story or plot shown on a projector screen.

McCall studied graphic design and photography at Ravensbourne College of Art and Design in England from 1964 to 1968. After graduation he was active in a London film-makers cooperative and made films documenting outdoor performances, often involving fire.

He moved to NY in 1973 and continued the fire performances while beginning solid light films. The pivotal work he is well known for is Line Describing a Cone (1973), a film depicting a single white dot projected on a black surface. The white dot slowly moves in a circle, ending at its starting point. In 1973 the room would be filled with dust and cigarette smoke, making white dot’s projection appear as a column of light. As per the artist’s instructions, the piece is to shown in a dark room with no seating, encouraging the audience to turn their backs to the screen and interact with the light.

Towards the end of the 1970’s McCall stopped making art but returned to the art world about 20 years later. He didn’t make a conscious decision to abandon art, but did it because he couldn’t support himself as an artist and gradually the graphic design work took over [3]. When he returned he started using digital animation and digital projection instead of film. Perhaps potential of the advances in technology lured him back to art.

The Solid Light Works exhibition at Pioneer Works presents a collection of McCall’s work. When I saw it I was fascinated by the visible streams of light emanating from the ceiling. Happily the light was rendered visible by smoke machines instead of cigarette smoke and dust. At first I only watched, but I couldn’t resist the urge to approach to see what it was like to be inside a cone of light. Standing inside the light presents a different experience of the piece. Instead of being blinded by light while standing in the path of a projector, I could see the light of a single line projected through space. 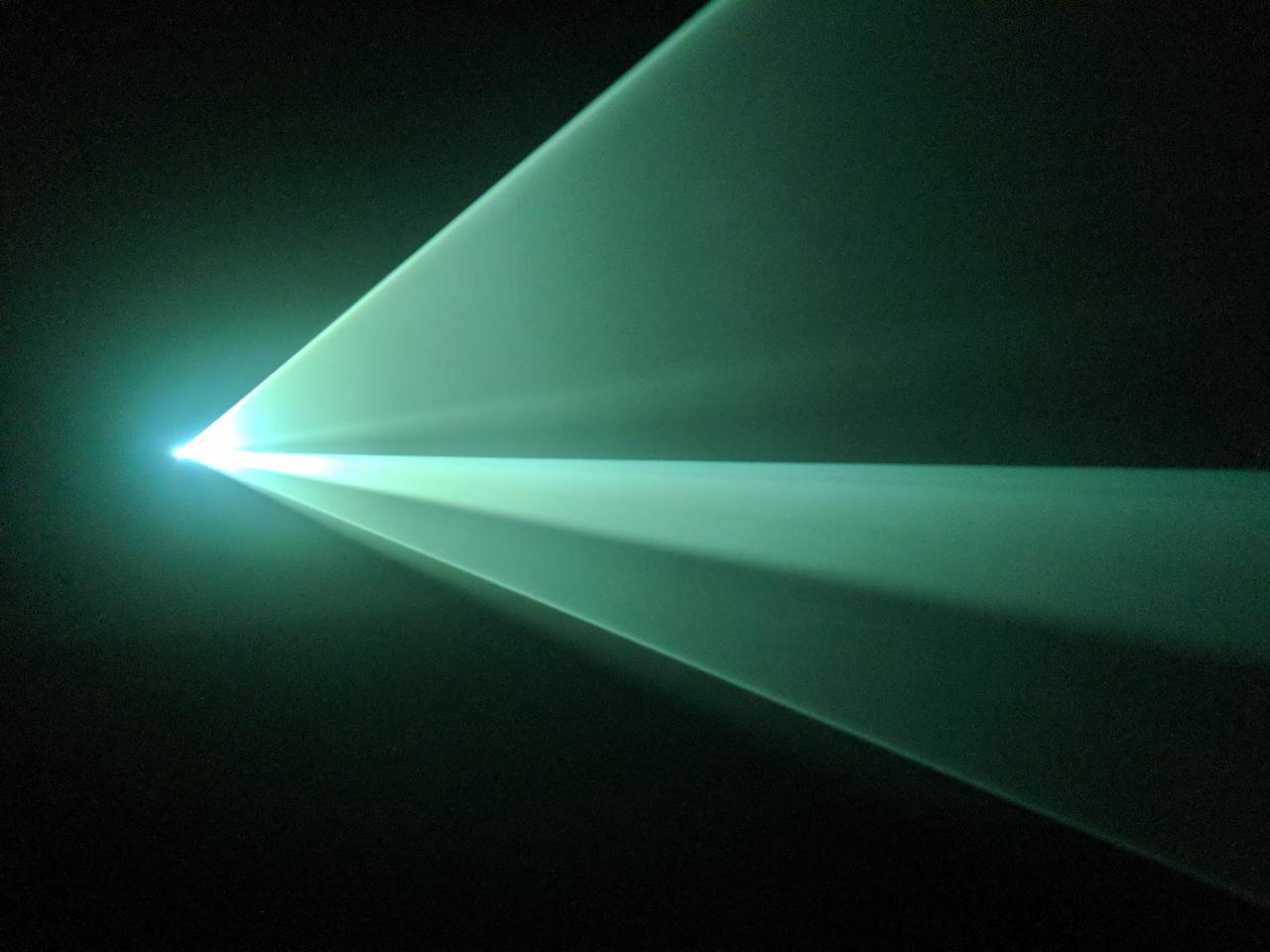 The exhibition literature promised music accompanying the light sculptures but when I visited there was no music or audio of any kind. I’m glad this was the case, as this kept the exhibition more in keeping with McCall’s artistic views. In his words, “silence is also a sound.” He argues that the films are not actually silent, as they do have a soundtrack “provided by the projector, by the murmuring presence of people in the room and by ambient sounds.” He says that “soundtracks enforce mood,” which he felt “was anathema to the ‘solid light’ pieces. [3]” By not having sound, my attention was drawn back to the projector’s light streaming through the room.

Anthony McCall’s solid light installations compel his audience to consider the light coming from a projector and not what would appear on a screen. This challenges the traditional model of film by encouraging his audience to interact with film in a new way.