Gordon Matta-Clark was an artist who was famous for cutting holes into existing buildings to create art. Defining his artistic practice “Anarchitecture,” Matta-Clark directly addressed the social conditions of his day and presented them in a way that made people pay attention to something they would otherwise ignore.

Matta-Clark studied architecture at Cornell from 1962 to 1968 but did not practice architecture in a conventional manner. After college when he returned to his native New York (1969), he was disturbed by the conditions of his day and wanted to address the social problems. At the time there were a lot of decrepit and vacant apartments. There was a large homeless population and garbage littered the streets. In Matta-Clark’s words, “I have chosen not isolation from the social conditions, but to deal directly with social conditions whether by physical implication, as in most of my building works, or through more direct community involvement. [2]”

In Bronx Floors (1972-73), Matta-Clark used a saw to extract rectangular sections of walls or floors from abandoned buildings to present as sculpture. Most of the buildings were from the Morrisania neighborhood of the South Bronx, near the Bronx Museum. Much like a biopsy of problematic tissue, the building pieces were hard evidence of a community in distress. 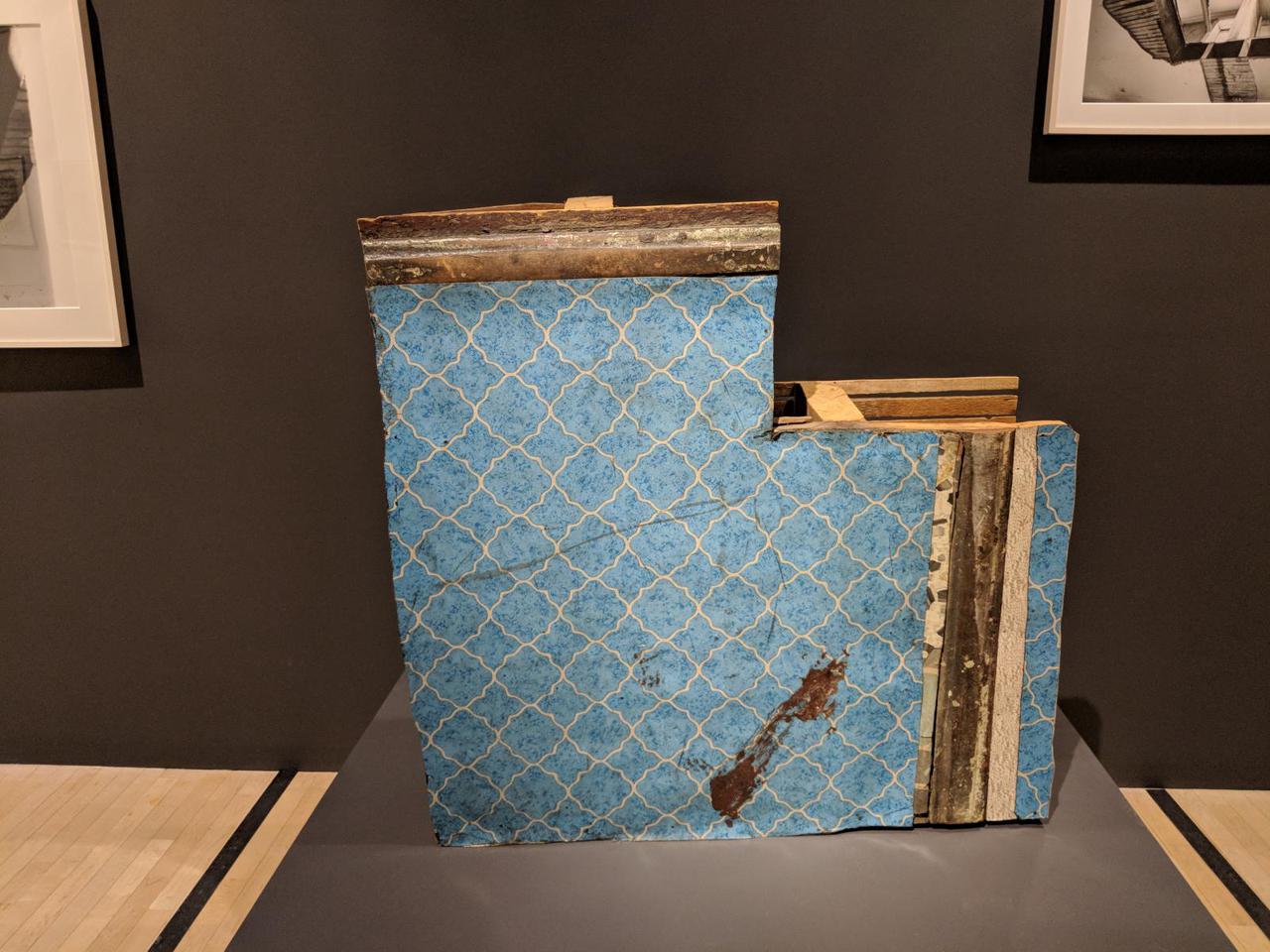 One of Matta-Clark’s most well known accomplishments is Conical Intersect (1975), built in Paris. Matta-Clark surgically removed a conical section from the side of the building already designated for demolition, leaving a large gaping hole visible from the street below. Although that building is long gone, his work was well documented with photos and film. The Bronx Museum presented the documentation for visitors to see. I watched the film with fascination to learn how he removed material from the building to produce his work. Although I was disappointed by his unsafe and irresponsible approach to building deconstruction, I admired his determination and the degree of precision of his cuts. The film also showed pedestrians walking by the building and stopping to look at the oddity of what is happening to a building that they otherwise would ignore.

The genius of Matta-Clark’s work is it drew attention to buildings or parts of buildings that people would otherwise ignore. As people stare at the unusualness of what has been done to a building, they as a byproduct view the building internals and become aware of the previous living conditions. One passerby commented to Matta-Clark that they “see the purpose of that hole - it is an experiment in bringing light and air into spaces that never had enough of either. [3]” By making others look and pay attention, he is directly addressing social conditions and bringing them into the collective consciousness of the people.

Gordon Matta-Clark and his “Anarchitecture” highlighted the social problems of the 70’s. His work directly addressed society’s problems by surgically altering abandoned buildings that compelled viewers to notice, and as a result raise awareness of a building’s decay that would otherwise be ignored.