Bernd Becher (b. 1931) and Hilla Becher (b. 1934) were German conceptual artists and photographers who worked as a team to photograph buildings and industrial structures. As internationally recognized artists the couple met Sol LeWitt and Carl Andre and engaged each other in an artistic dialogue, supporting each other’s creativity.

Both Bernd and Hilla were born in Germany. Bernd studied painting and lithography at the Staatliche Akademie der Bildenden Künste Stuttgart until 1956 and then typography at the Kunstakademie Düsseldorf until 1961. Hilla also attended Kunstakademie Düsseldorf at the same time where she studied photography and met Bernd. The pair married in 1961 and began a life-long collaboration of art and photography.

The Bechers attempted to remove any sentimentality or subjectivity from their photography of “anonymous structures” by imposing specific lighting and perspective requirements on their work. Similar photographs were arranged in groups or “typologies” to allow viewers to compare the forms and designs of the structures. They were documenting similar structures so that the essence of these man-made forms will be preserved and presented in a way for the human conscience to perceive. As to why they only photographed industrial structures, Hilla explained that “they are honest. They are functional, and they reflect what they do – that is what we liked. A person always is what he or she wants to be, never what he or she is. Even an animal usually plays a role in front of the camera.”[5]

It is the Bechers’ consistent commitment to the same set of rigorous constraints that elevate their work from photography to conceptual art. From looking at their work and reading about them it seems to me that their main driver was they were pursuing something about the world that interested them. They were interested in documenting the industrial structures present in the German landscape and doing it in such a way that we could closely examine the structures themselves when the other distractions were taken away.

This new way of seeing resonated with the art world and attracted LeWitt and Andre to the Bechers’ work. While viewing Andre’s series Hollow Square (2008) my attention was directed to the identically cut square pieces of lumber material and their arrangement in a square, revealing a hollow space inside. This positioning compelled me to contemplate the wood material in a way that eliminates the distraction of a more complex form. Also on display were a few structures from LeWitt’s series Incomplete Open Cubes (1974). LeWitt wanted us to think about a cube and all the possible permutations of incomplete cubes. He said of the work that when “you look at it, it becomes chaos” but when “you see it in other lines of sight it becomes orderly again.”[6] This arrangement provides us with a new way of seeing and thinking about the cubic form. 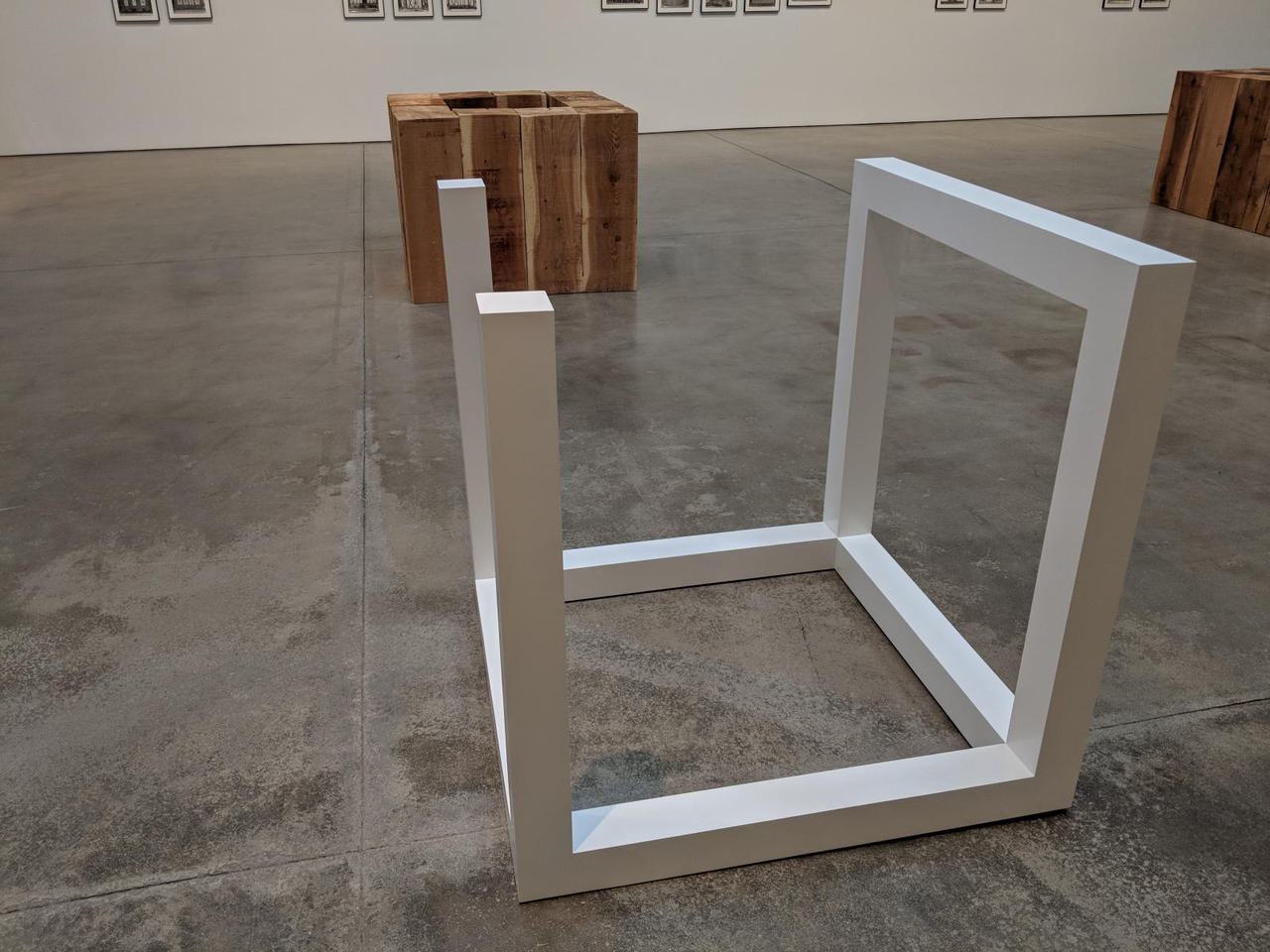