Our first assignment is to explore the camera's ability to properly set the white balance.

The camera I'm using is an old Canon PowerShot SD1300 IS 12.1 MP Digital Camera. I've had this camera for years but I stopped using it for the most part when I got a phone that could take decent pictures. I used it for this assignment because Eric Rosenthal got me to believe that I could take great pictures with this if I learned how to properly take control of the camera.

Ultimately this assignment was very time consuming because it took a while for me to get the camera to do what I wanted. Pushing the shutter button half way focuses the camera but does not set the white balance. After reading the camera manual I discovered there is a custom white balance option I could use. After using this option with the gray card I was able to see a clear improvement in picture quality.

The first photo looks like pretty much every photo I've taken with this camera in the past: mediocre with a weird tint. In this case the wall above the objects are slightly blue. Using Gimp I can quantify those pixel colors; I see the RGB values are around 175, 195, 220. The pixels are lacking in red and have too much blue. The difference between the red and blue values is 45. 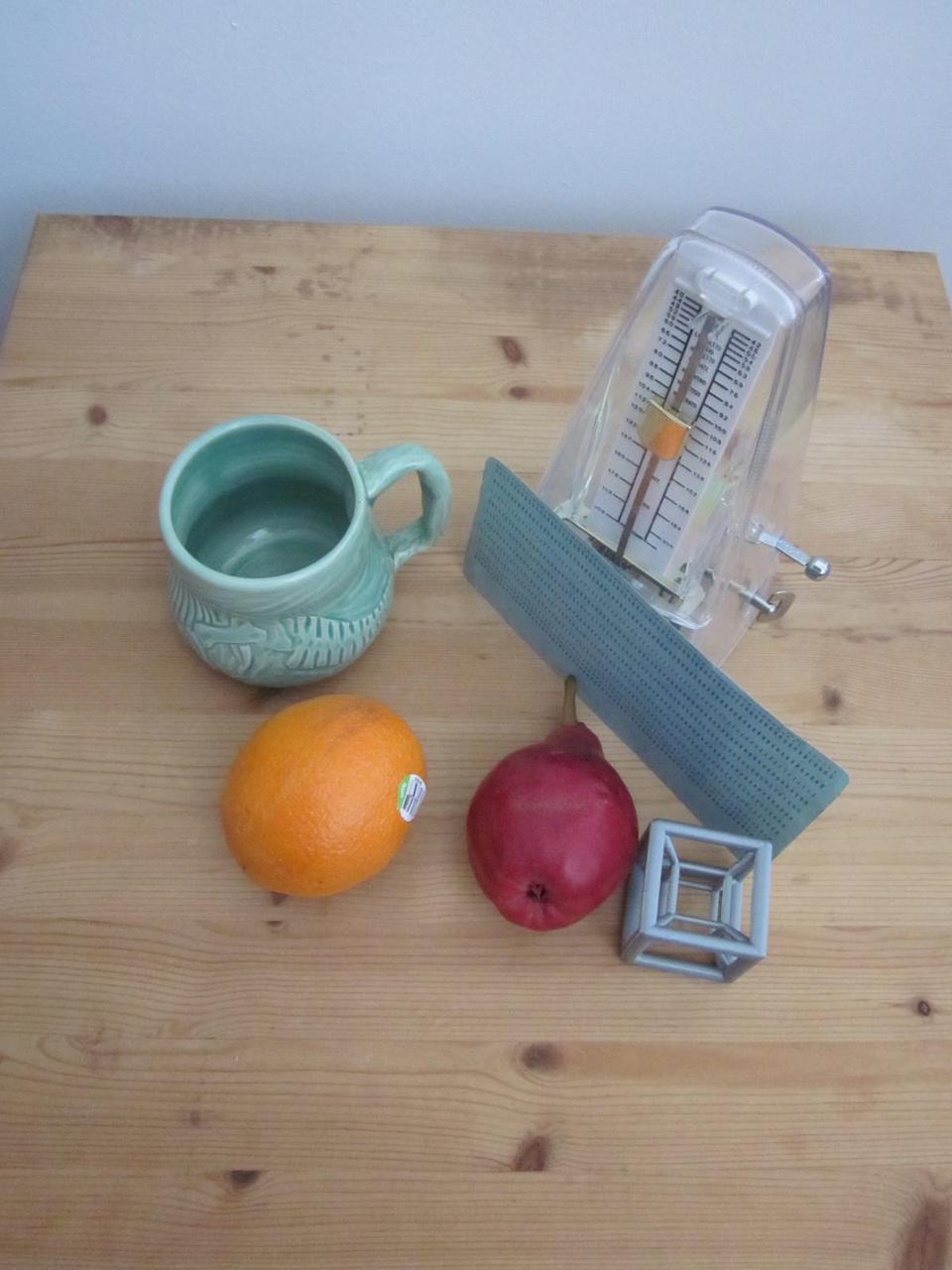 The second picture is a lot better. To take this picture I replaced the objects with the gray card and then used the Evaluate White Balance option with only the card in view. Then I reassembled the scene and retook the photo. There is a clear improvement. The white wall above the objects is very close to white. Again using Gimp I can quantify the pixel colors; in this case the RGB values are around 181, 175, 175. A slight red tint but nothing close to the balance issues of the first photo. The difference between the red and blue or green values is 6. This is much closer to what I would expect for a white wall. 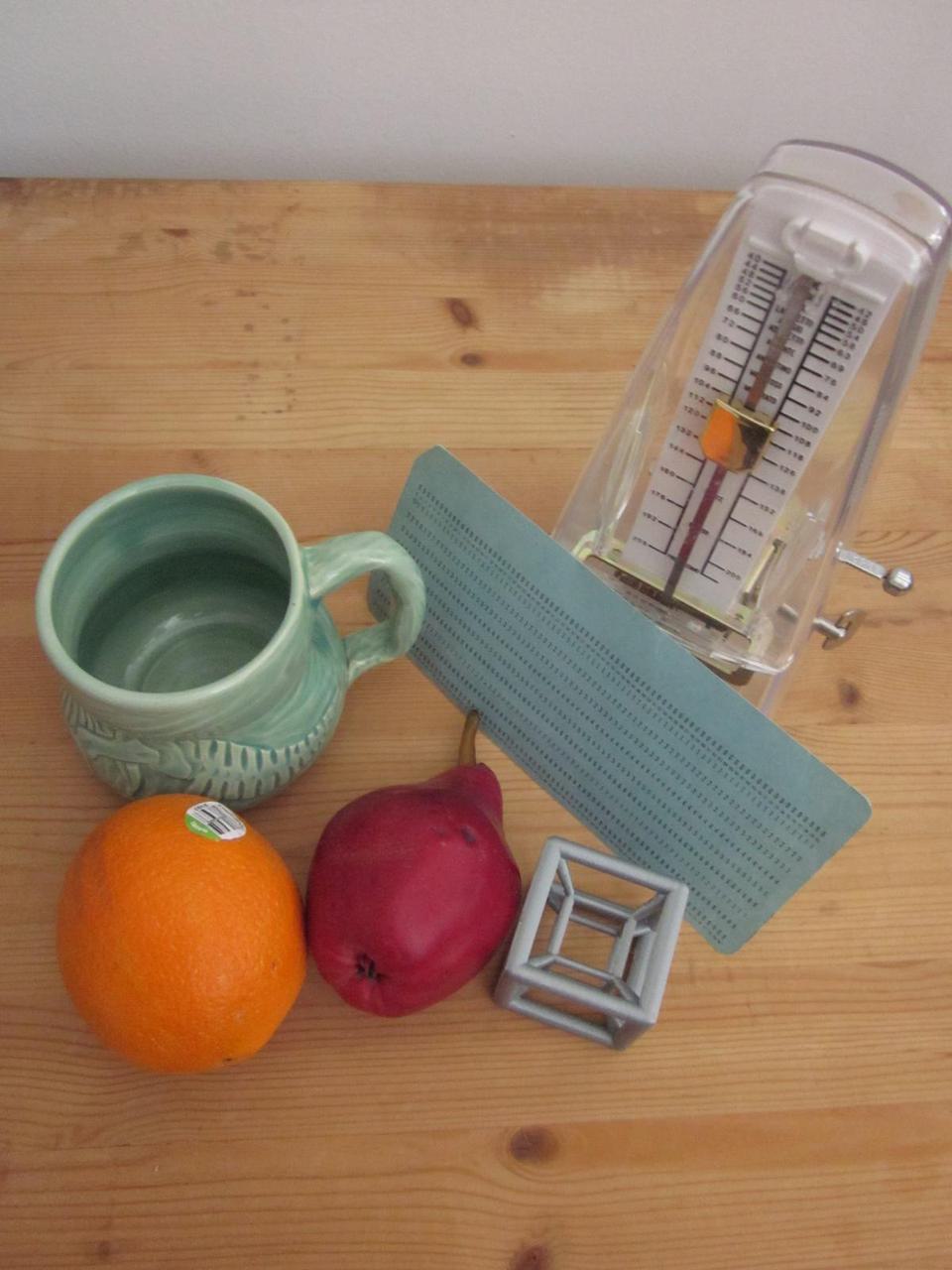 In Gimp I looked at the histogram of the first photo and I thought that perhaps the picture could be improved by changing the exposure settings. Using the same white balance settings and a small adjustment in exposure, I took a third photo. 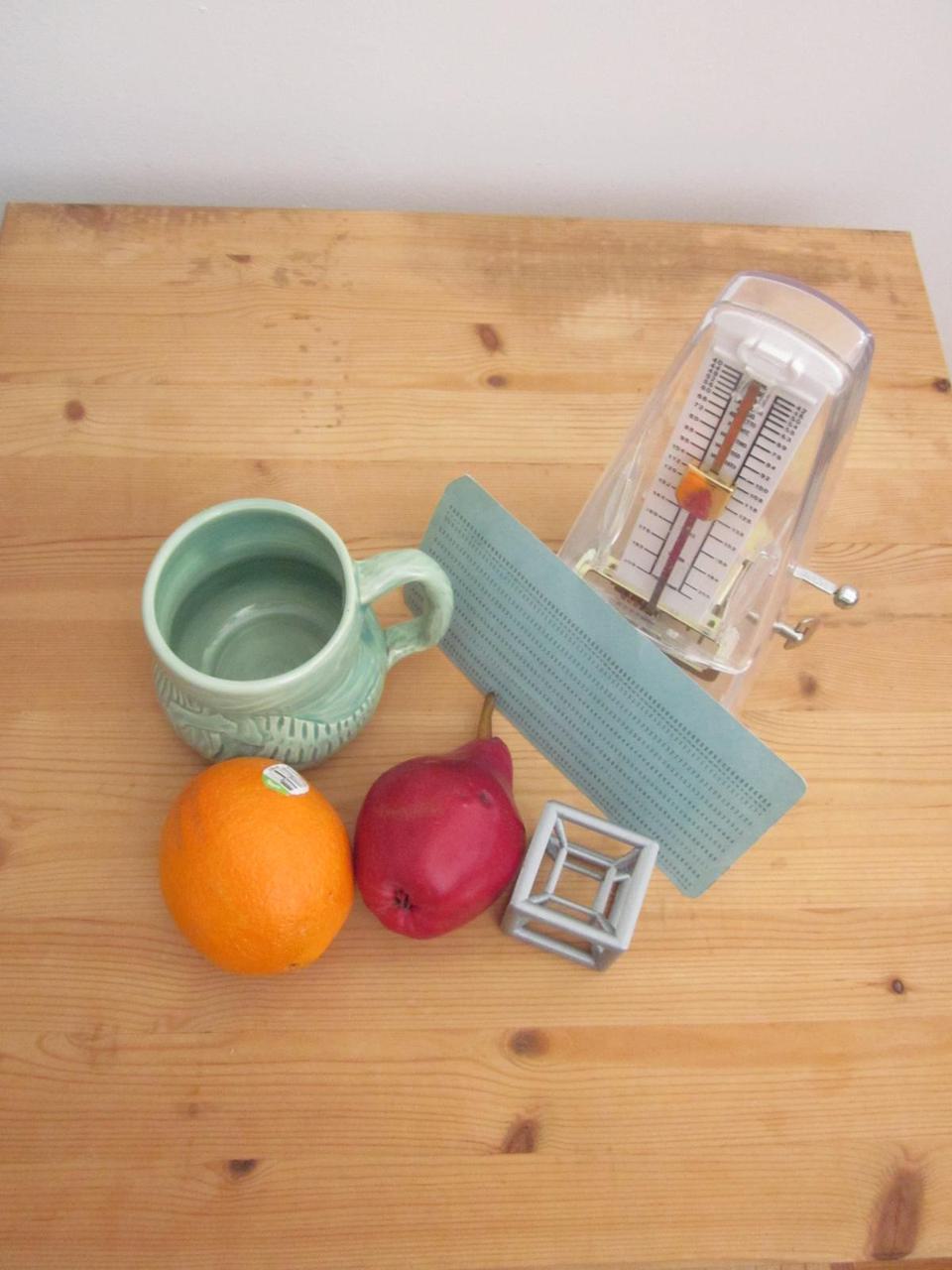 Probably the best picture I've ever taken with this camera. Everything looks a lot closer to what I see with my own eyes.