I built a custom keyboard for a woman with cerebral palsy.

This project started at ITP camp in 2016 in a class taught by ITP alumni Claire Kearney-Volpe and Ben Light. The goal of the class was to build custom keyboards for disabled people who have difficulty using traditional keyboards.

In the class we met with several members of Adapt Community Network and discussed their experiences using computer keyboards. Traditional keyboards often do not meet the needs of disabled people. We talked about ways we could re-design a keyboard to make computers more accessible and meet their usability needs. 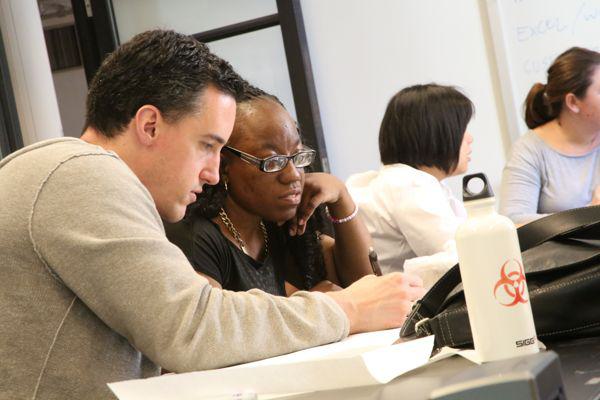 I designed a keyboard layout in Inkscape and used ITP's 60 Watt laser cutter to cut and etch all of the parts. There are 73 keys on this keyboard so the cutting took almost 4 hours to complete.

Next I needed to understand the electronics that go inside the keyboard. I had not used a shift register before so I did some experimenting to understand how this is supposed to work:

Finally, the actual assembly. This part was very difficult and it took me a long time to figure out something that made sense and seemed achievable. There are so many buttons...how am I supposed to organize the buttons, the wires, the shift registers, and the resistors? 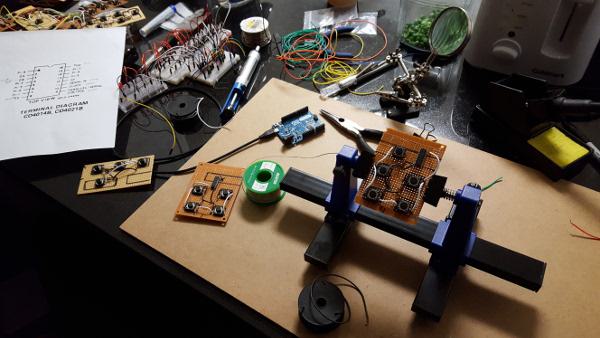 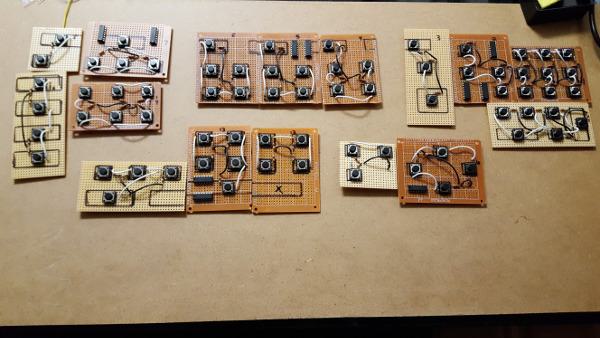 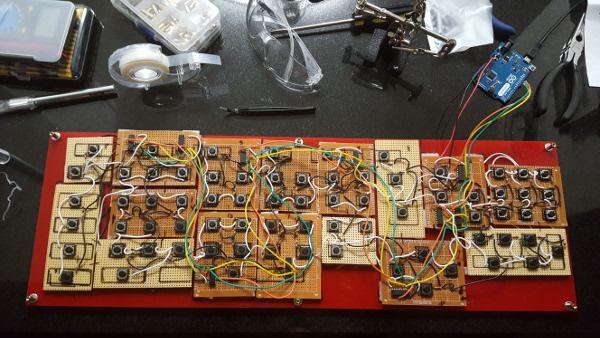 Below is the final keyboard. The keyboard is resting on a specially made stand designed to prop up the keyboard on a small incline. Shaniqua didn't want the keyboard to be flat on the table.

I wrote documentation explaining how to configure the action keys at the top of the keyboard and other information to help someone repair the keyboard if need-be. The Arduino code is also available online.

Here are my blog posts for this project:

The keyboard was built as a prototype, and one that Shaniqua can experiment with and provide feedback on to help build future keyboards for herself and other members of United Cerebral Palsy. This keyboard isn't perfect but it is something that she can use at her job doing office work. I am very happy to have built this. I am also looking forward to the opportunity to build more tools like this for disabled people as an ITP student; I learned a lot from this process and know I can do even better next time.