For my final project I designed this origami elephant:

This isn't an origami model from a book, it is a model I came up with myself. I also made a YouTube tutorial you can watch to learn how to make one of your own.

Before looking at the tutorial let's discuss the design process. When I started working on this I was confused about what to do. It is hard enough making origami models from watching other YouTube tutorials or from following instructions in books; how can I possibly expect to design my own? The task seemed overwhelming.

Sam's advice was to "just start folding" and proceed from there. That was good advice, and that's exactly what I did.

I started with the basic models in John Montroll's book Animal Origami for the Enthusiast. I folded things, hoping for inspiration. Some of the models were instructional like a kite base or petal fold, while others were completed things like a 5-pointed star. 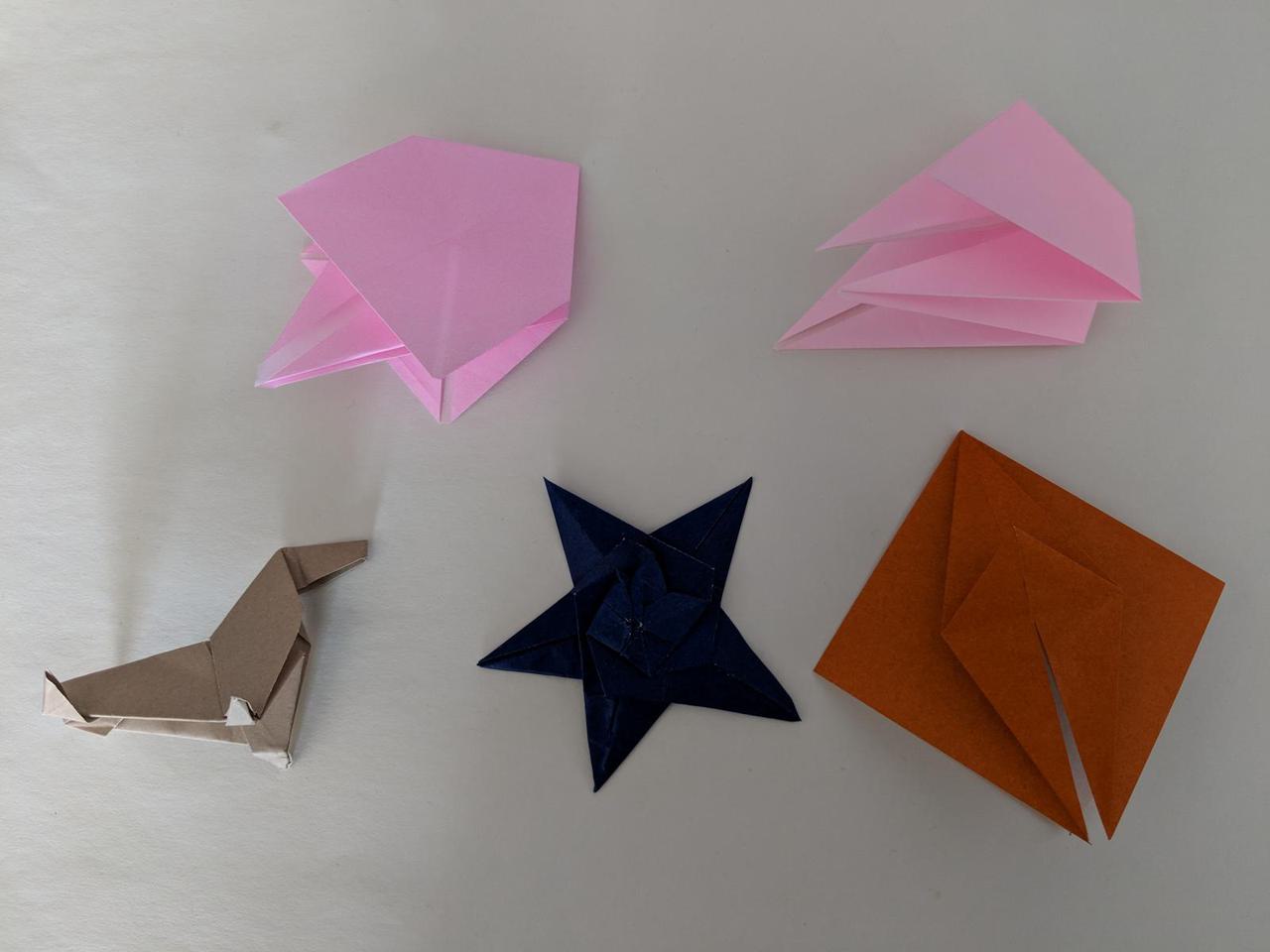 Something I couldn't do is the double rabbit ear fold. I tried and got confused. Rather than discard my failed attempt I set it aside and moved on to other things. After a while I came back to that piece of paper when I looked at it and noticed that I could add a few more folds to make this: 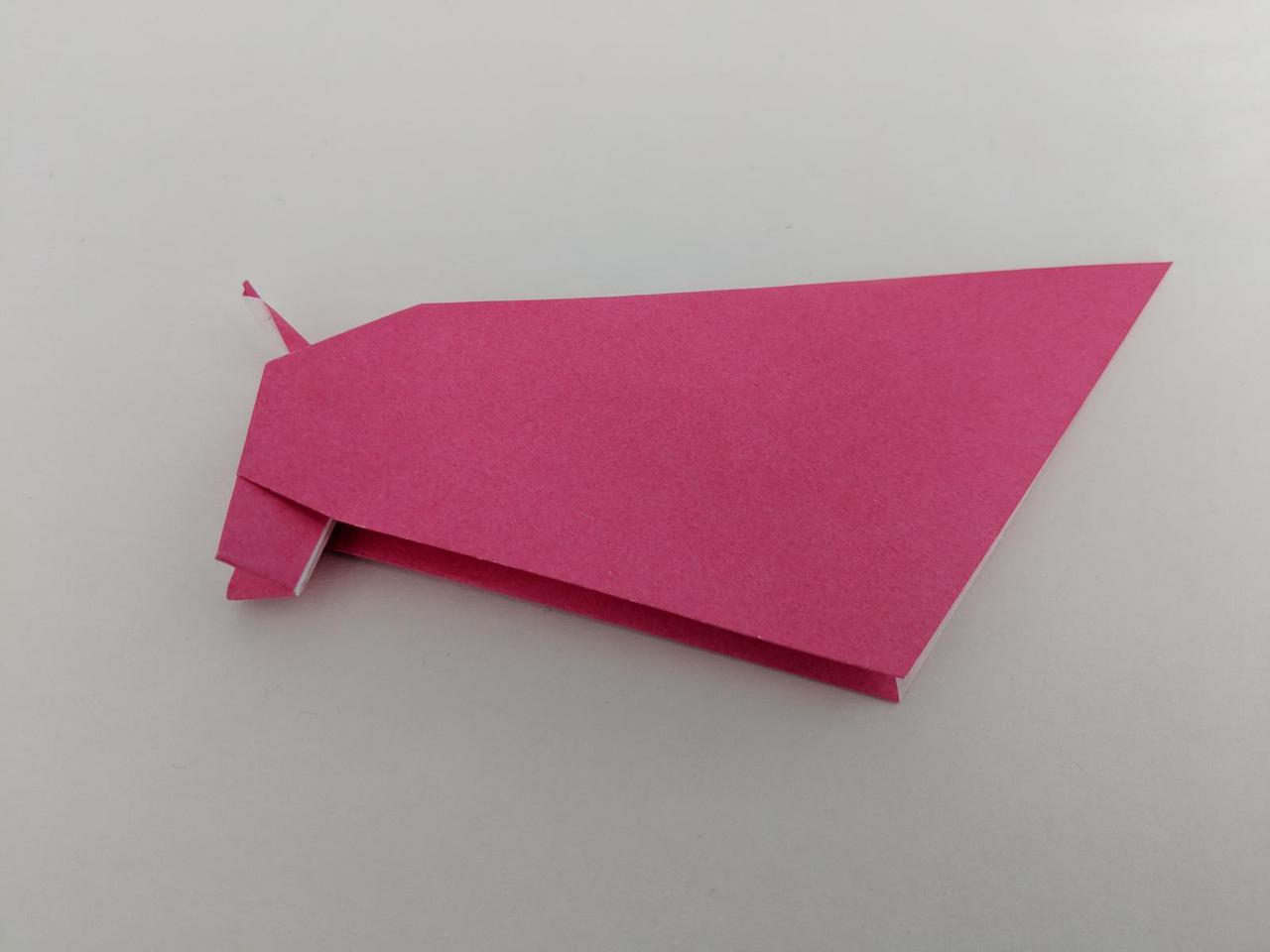 It looks like the rear of a short-legged animal! Now that's part of something...but what?

I need to experiment some more with the front. What can I make with that?

I experimented some more and made these: 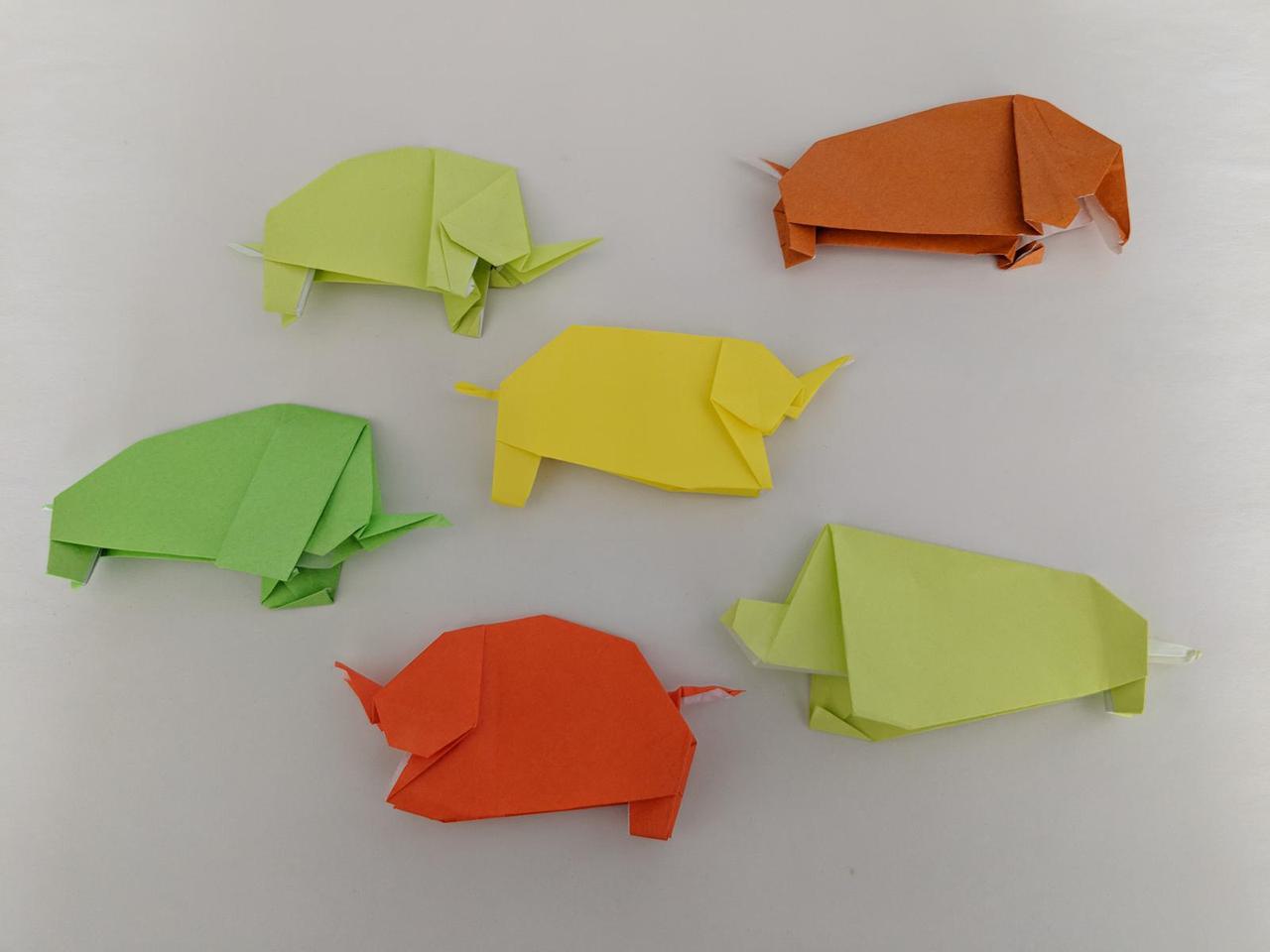 Eventually I found something I liked and settled on this: 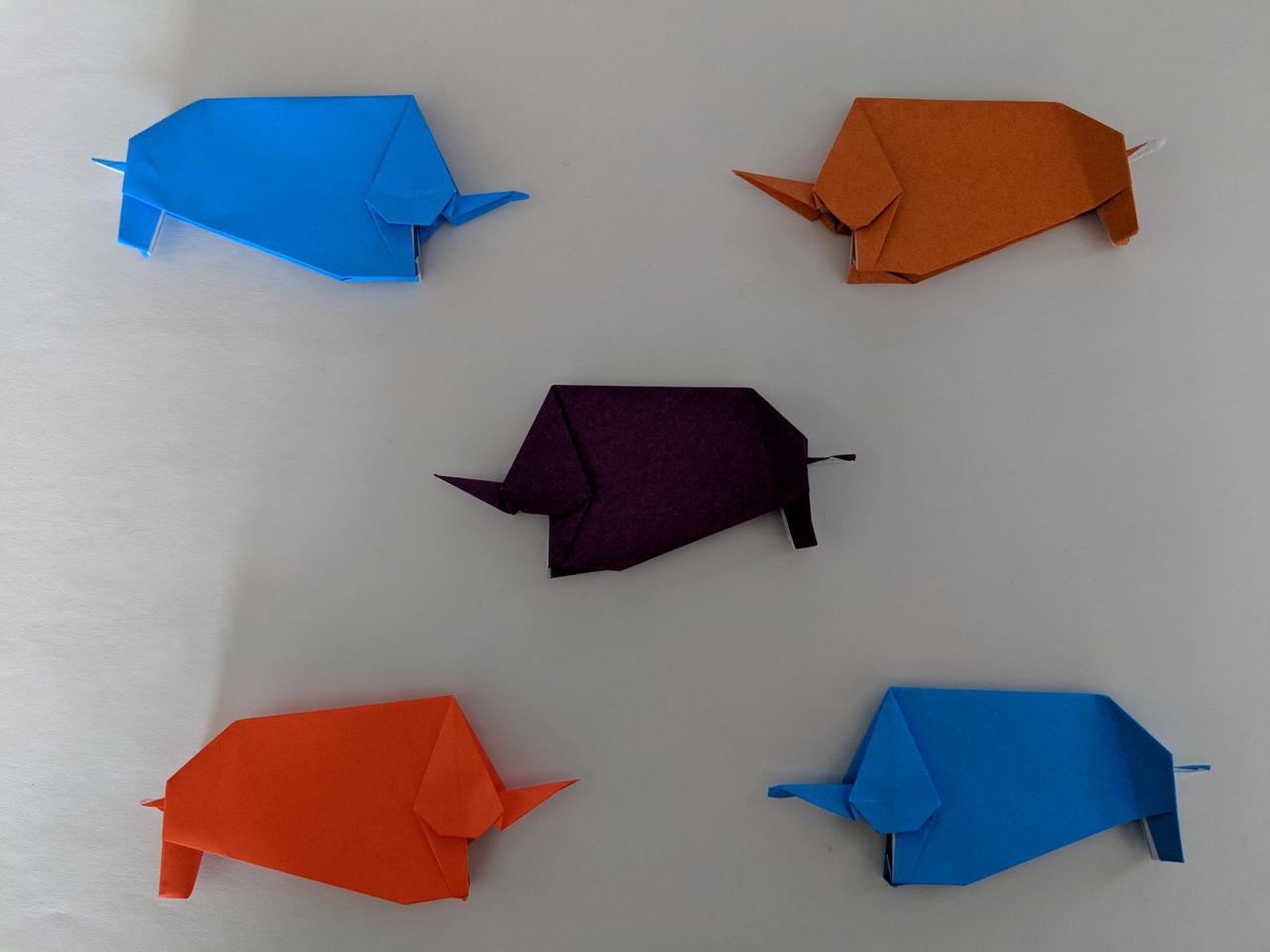 This process was educational, and probably more so than if I had made some complicated model from a book I found somewhere. By designing my own model, I was asking questions about what I could do differently to get different results, like how to make the legs longer or angled differently. I wouldn't think about this at all if I was following someone else's instructions. Following someone else's instructions is also more stressful because the instructions are often not made very well. This wasn't as monumental of a task as I thought it was going to be. Sam's advice to "just start folding" was good advice.

And now the tutorial. I made this with a webcam attached to my head because I wanted the camera view to be from my point of view and not the view from across a table or somewhere else. I explain every step without glossing over folds that are mirror images of completed folds. Beginners should be able to follow this.