In our first class we learned about basic paper engineering and pop-ups. Our assignment was to make a paper bug using a template. Here is the result: 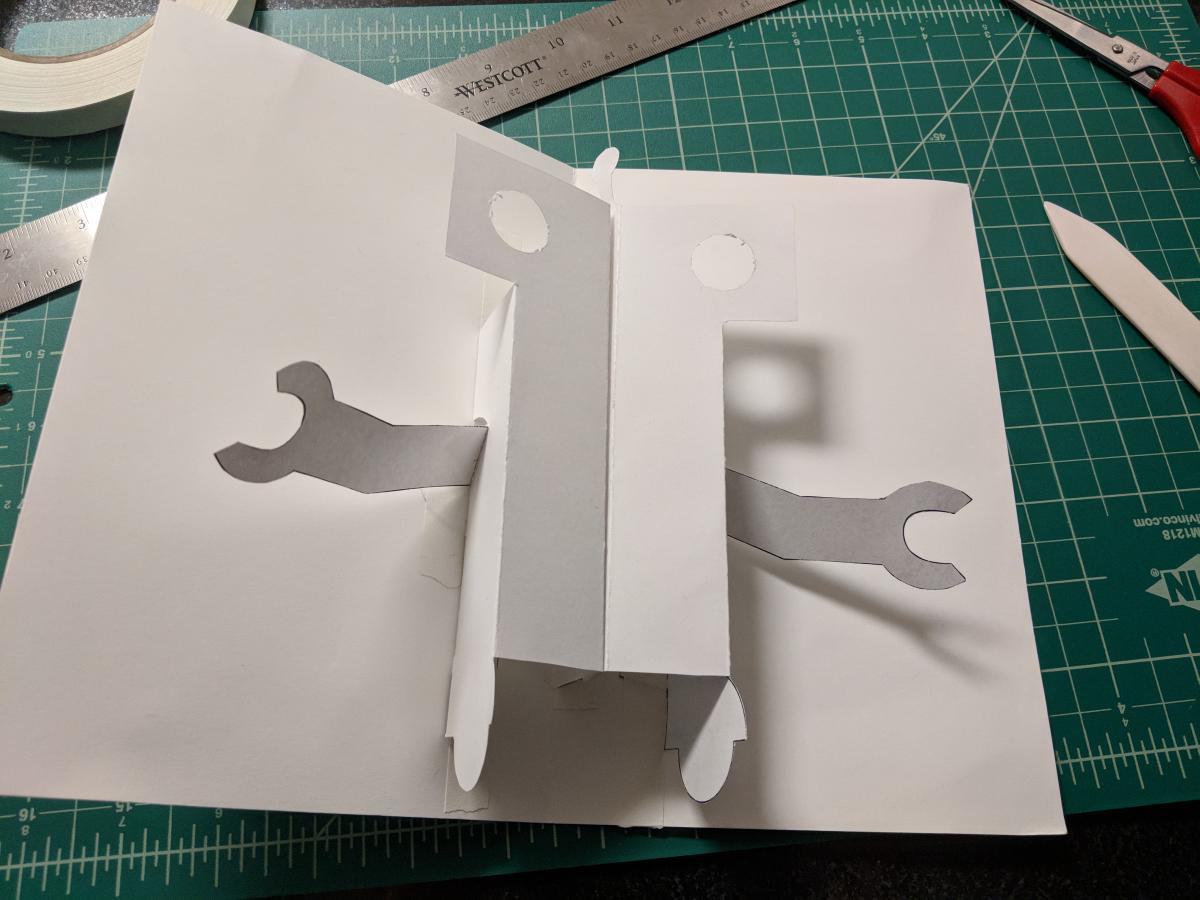 I used scissors and an exacto knife to cut the paper. All of the paper is attached using one-sided artist tape except for the bug's arms, which are attached with two-sided tape. I found the bone folder to be very useful for making good folds.

One of the difficulties here was getting the completed card to close properly with the paper structure inside it. Thankfully I used tape and not glue so I was able to make adjustments. It seems that a good method for using tape (and presumably glue) is to add the tape to one piece of paper and then close the card, allowing the rest of the tape to find its proper location on the second piece of paper.

I also attempted to make a "V fold riser" using a handout given to us in class. It doesn't photograph well but it appears to work properly. 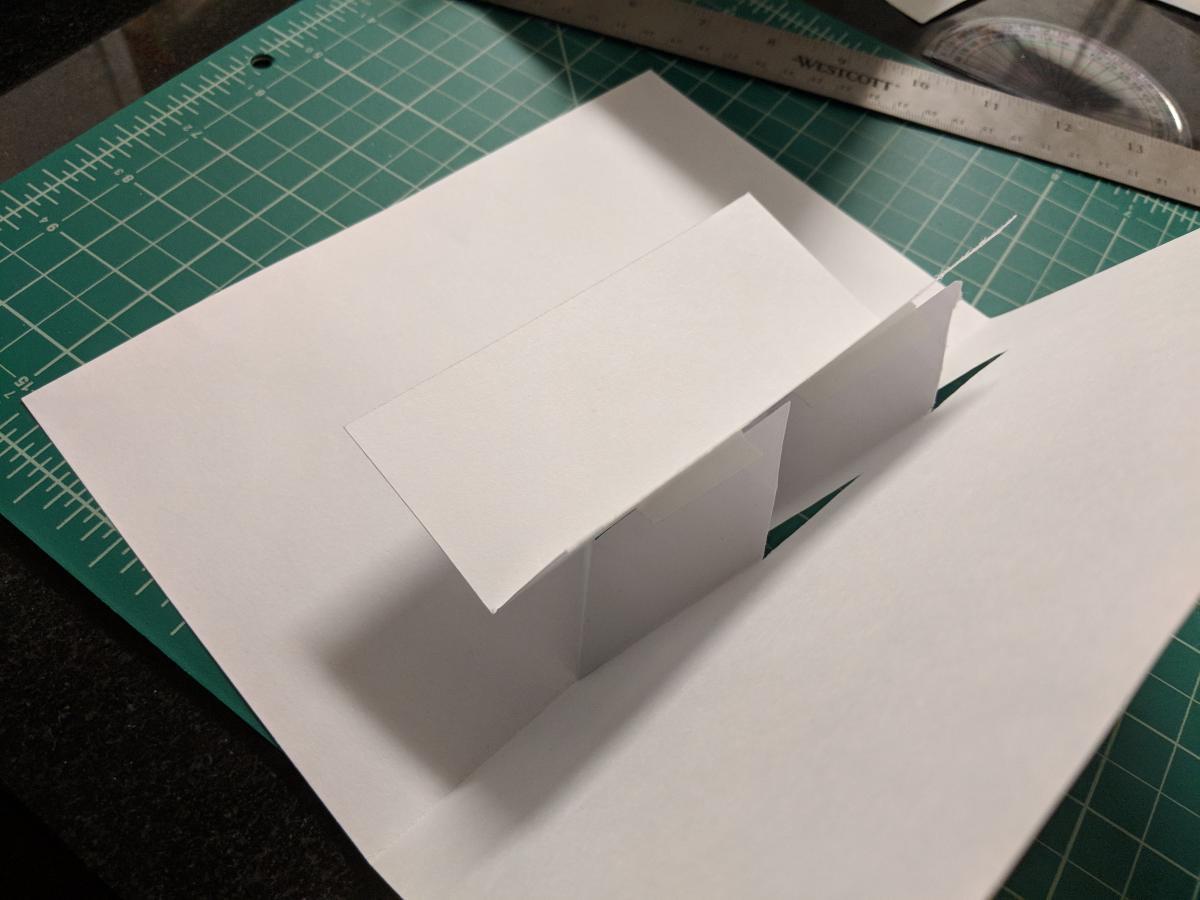 It took a few tries to get it to work. My first few attempts used a mountain fold for the floating paper, which is clearly incorrect. I carefully measured everything with a ruler and protractor and cut the paper with an exacto knife. I don't think it would have worked very well if I had been less precise with my cutting and folding.