Our first assignment is to choose a design we like and analyze its adherence to the principles of design. We needed to look at the grid system, color system, and the fonts.

I picked the movie poster for the movie The Grey. I find the imagery to be visually striking in a way that is consistent with Liam Neeson's character in this movie.

The most primary feature of this poster are Neeson's eyes. His eyes are the most noticeable and are the only blue thing illustrated on the poster. After his eyes, the prominent features are the movie's title and the redness of his mouth and the cut on his face. 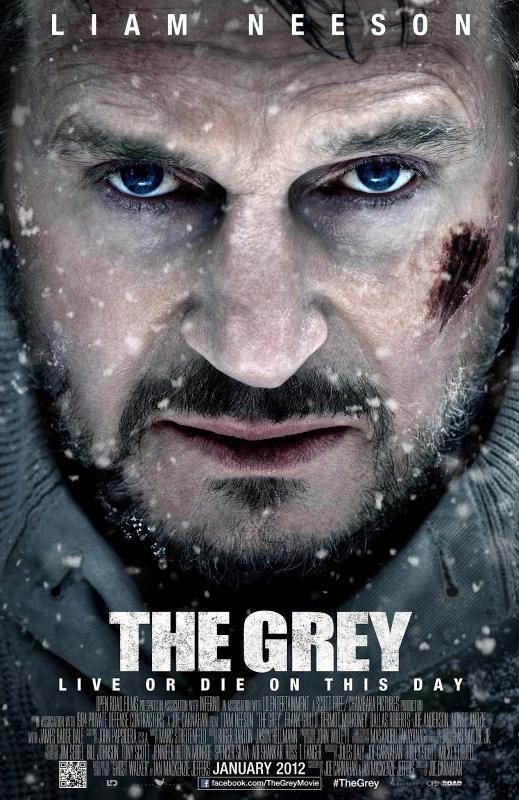 The grid system of the poster seems to have been designed to have symmetry between his eyes and the movie title. This is most noticeable with the vertical grid lines. You will see that the outer edges of his eyes line up with the edges of the movie title. The edges of the subtitle line up with outer edges of his eyebrows. Also, the title is the same distance from the bottom as his eyes are from the top. 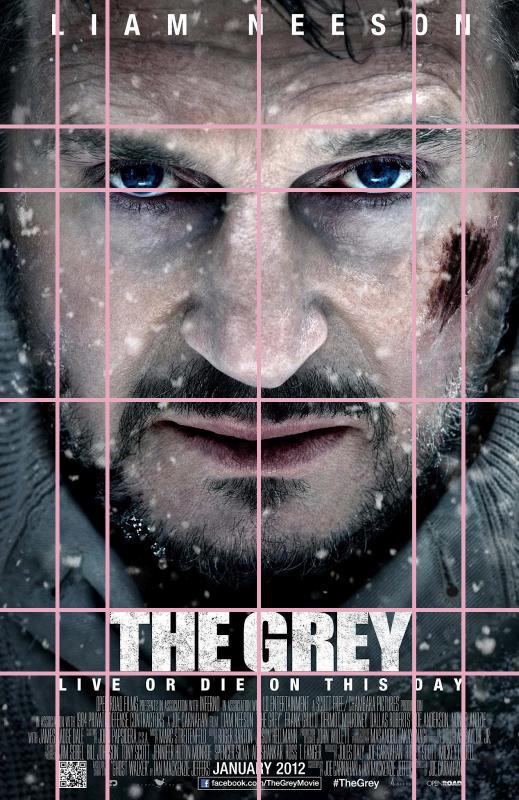 The color system of the poster makes heavy use of shades of gray and Neeson's skin color. Red and blue are used sparingly, and as a result accentuate his eyes, mouth and the cut on his face. 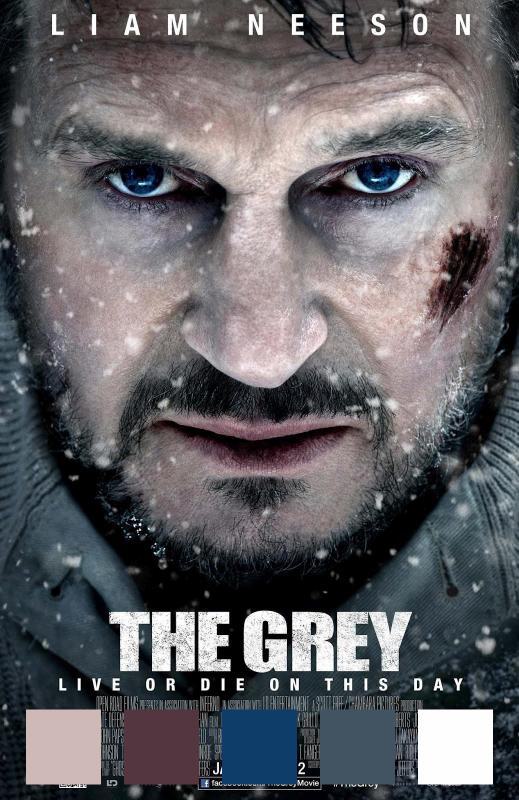 The font identified by What The Font is OL Newsbytes Black. 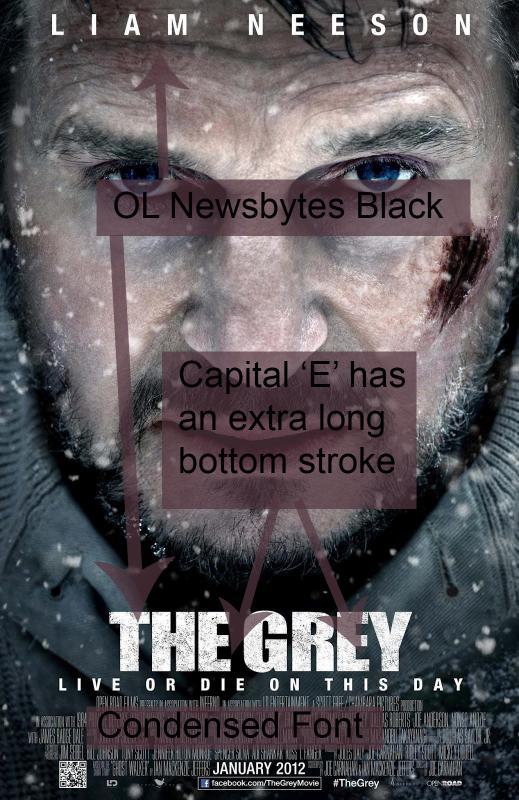 This is the case for all capital E letters found in the poster but it is most noticeable in the title:

And finally, here's all of the analysis together in one collage: