Charles Atlas (b. 1949) is an American video artist and filmmaker who was and is a pioneer in his field. He has collaborated extensively with other artists throughout his career and made innovative video installations and art.

Atlas was raised in St. Louis, Missouri, and came to New York City in 1970 to become a filmmaker. He was hired as an assistant stage manager for the Merce Cunningham Dance Company and later became the lighting designer. In 1974 he became the company’s “filmmaker in residence” and collaborated with the company’s founder, Merce Cunningham. He developed a new film technique for choreography and filming called “media dance” where the camera moves with a dancer instead of remaining fixed. He left the dance company in 1983 to move to London and continue making his own work.

Atlas collaborated extensively with many artists over the years and stated that collaboration was central to his practice as an artist. In his artist statement he writes “I have found that each collaboration possesses its own unique characteristics, and each imposes its own distinct process, one that demands that I engage in continual self-reflection in order to find new shadings or blends for my ‘voice’ appropriate to the project.” He also writes that his “long-standing collaboration with Merce Cunningham...constitutes the ‘gold standard’” by which he judges all the others.[1]

The Kitchen, one of first art spaces to embrace video and performance art, presents a retrospective survey of Atlas’ work over the past five decades. In the main gallery space is 2003, a video collage projected on a wide screen accompanied by two cathode ray tube (CRT) monitors. The projected collage includes video portraits of 36 New York-based artists filmed in 2003 along with television footage from that year. The television footage includes commercials, news reports, music, and some weird shows. The news reports provided a continuous reminder of the Iraq War which was at the forefront of people’s minds at the time. 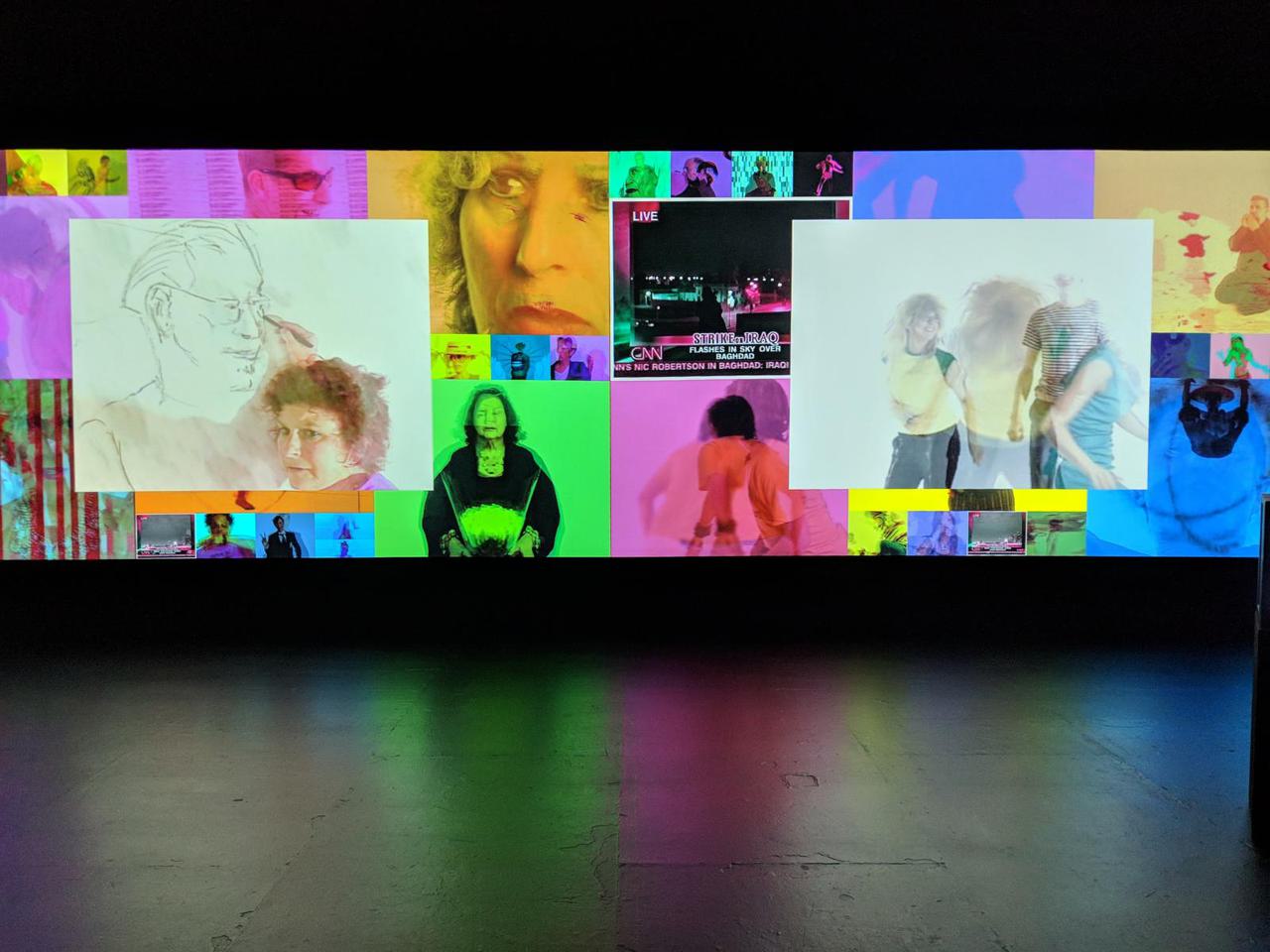 While standing in front of the video collage I felt overwhelmed by the simultaneous videos. At the time television programming provided massive content choices, and most of those choices were garbage or nonsense. While viewing this work it seemed silly to have wasted one’s personal time watching these shows at home. The piece seemed to speak to our relationship to television and the ridiculousness of the programming offered. This, coupled with the seriousness and importance of the Iraq War coverage, captures our attention and makes this a successful piece.

The use of CRT monitors in this work and throughout the gallery is notable. Where did they even find CRT monitors that still work? The choice is clearly intentional and reminiscent of the technology of the time.

Charles Atlas is a pioneering video artist and filmmaker with an extensive career collaborating with other artists. His works at The Kitchen take a retrospective look at the artist’s films and performance art over the past fifty years and encourage us to contemplate the role of television and film in our lives.